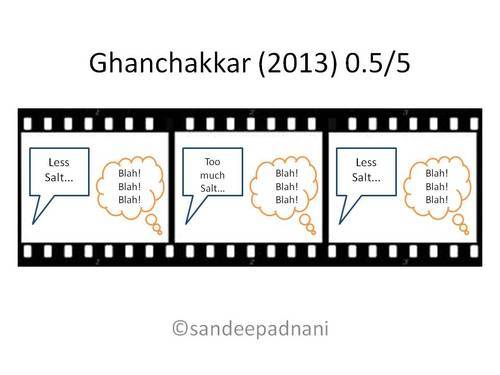 After directing films like ‘Aamir’ and ‘No one killed Jessica’ one wonders what possessed Raj Kumar Gupta to make this film. Sometimes I thought he was bored, or had an idea for a short film which should have been made with unknown actors. Since UTV had produced his first two films, he thought they would turn this non-idea and pull crowds to the theatres with the Dirty Picture team.

A sham! A fraud! I felt cheated and barring the few forced laughs, I did not enjoy Vidya screaming. Emraan on the other hand, did a good job of what he was supposed to do. Rajesh Sharma and Namit Das lend able support, but nothing, I repeat nothing, can save this film. Save Money, Petrol Prices have just increased again!